The third bell in the tower was replaced. See pictures here...

Click below to hear Jack Knowles interviewed on Radio Oxford about the Steeple Aston handbells.

No handbells this Christmas

Unfortunately, due to COVID restrictions, the Handbell Ringers will not be performing around the village this year.

Handbells in the time of COVID 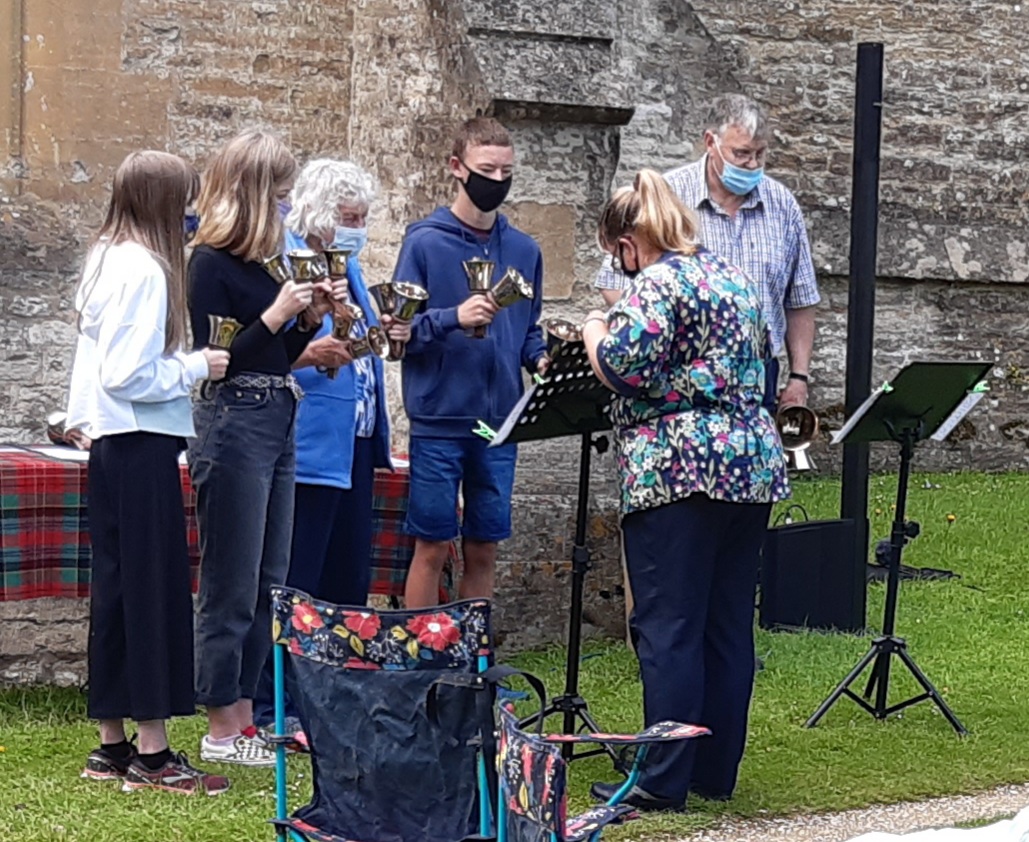 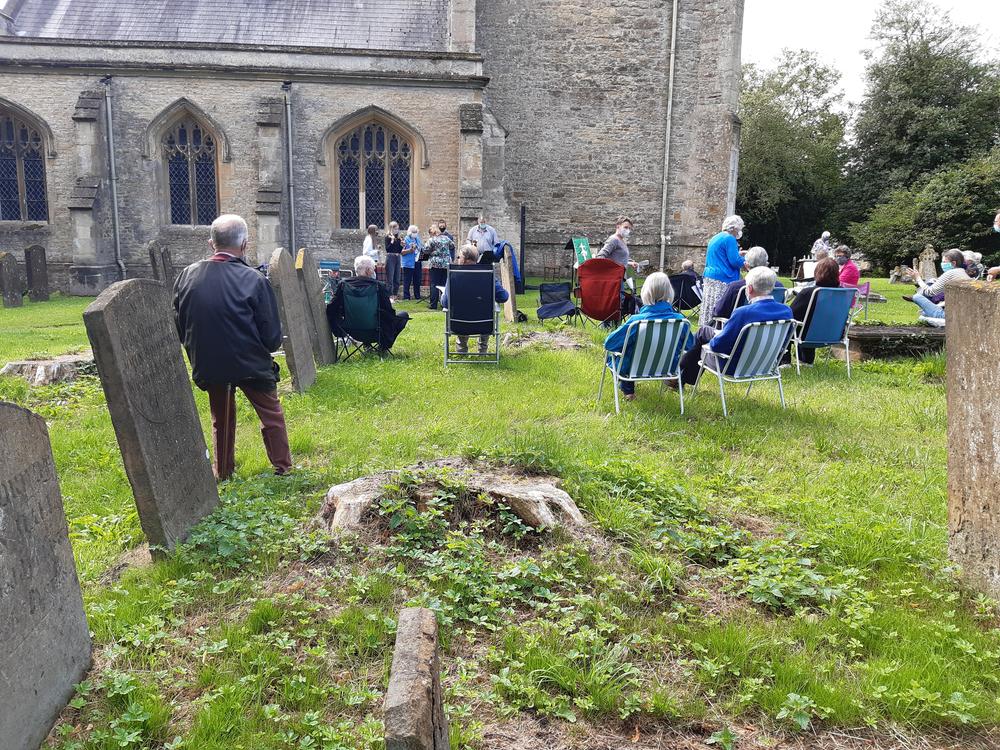 The handbell ringers had their most successful year ever in 2018 and were able to donate over £1400 to The Ronald McDonald House Charities.

Steeple Aston Bellringers Annual General Meeting 2016 The meeting took place at the Rectory on 9th February. Ten ringers were present and the Rector took the chair. Graham Clifton, as tower captain, reported that we have not always been able to ring all 8 bells on Sundays and that we rely heavily on our regular visitors to practise on Tuesdays. However, we are delighted to have Pamela Knowles and her son Jack as new recruits. We enjoyed an afternoon outing in March to visit three churches: Brill, Chearsley & Cuddington. We entered the Branch striking contest held at Horley but slipped to third place this year. The ringers team came third in this years village quiz. The tower dinner was held at the Red Lion. We rang three quarter peals during the year: * 26th June. For the Branch 90th anniversary. This was also Freddie Taylors first quarter peal and it also marked Nick & Lydia Powells 30th wedding anniversary. * 9th Sept. We rang to celebrate the Queen becoming the longest serving monarch in history. * On Tuesday 25th August, in place of the normal practice, we rang to commemorate the sad loss of Claire Tarrant. Graham thanked everyone for their continued support and urged members to attend service ringing and practices whenever possible.

As Tower Keeper Graham assured us that the bells are in good working order but that ropes may need to be replaced this year. The handbells have been overhauled at Whitechapel Bell Foundry.

Diana Gardner, secretary, said that we have not had as much additional ringing as usual this year, but that our ringers have been involved in many activities throughout the Banbury Branch.

Diana, the treasurer, informed the meeting that there is a total of £5,568.55 in our accounts.

The handbell captain, Sally Cooper, reported that the Christmas ringing had gone very smoothly and that we had raised £1235.19. It was agreed that we should send £1,200 to Katharine House Hospice.

With the exception of one officer, that of Child Protection which Pamela was prepared to take on, the others remain as before.

During Any Other Business these ideas were discussed:

The tower held an Open Evening on 10th Feb. This was well supported by existing members and our regular visitors from other towers, but only 3 locals came. Fortunately two of them, Andy and Zoe Shayler were keen to learn and 'had a go'. Both showed great promise so we are hopeful for the future. The other visitor only came for a look, which was good as we always enjoy talking about ourselves!! :) Dorothy Clifton

Handbell ringing round the village for the two weeks prior to Christmas went surprisingly smoothly, with the weather being much kinder than in previous years and the welcome addition of two former ringers along with two new recruits.

As you know we were collecting money for the fight against Ebola via the DEC (Disasters Emergency Committee), and the amount we raised was a magnificent £1,195.70.

Our heartfelt thanks go to everyone who gave so generously and my personal gratitude goes to the team members who consisted of Diana Gardner, Dorothy, Vicky and Graham Clifton, Chris and Catherine Cooper, Nick and Samantha Powell, Lawrence White, Charlotte and Sam Clarke, Helen and Freddie Taylor, Kimberley Brock, Joey Price, Hannah Hodges and Daisy Spencer.

Saturday 7th June was the Branch Striking competition held at Mollington on their light 6. Despite the big difference in weight to our bells, our ringers handled them so completently that they won the cup by a large margin. Eight other teams took part. this is the 7th time in 10 years that Steeple Aston have won !